Lanjut ke konten
Beranda[Weekly Photo Challenge: Window] Outside There from The Window

It’s been a long time since my last submission for the challenge. Now, for this week, I’m trying to participate again. Hope this will be continued always, not getting stuck having no submission at all. Here my photos that talk about this week’s theme, Window…

First photo. It is taken from a hotel in Bandung, West Java, Indonesia. From the room that I’ve stayed, it was so clear to see Bandung city view. But, during the time when the rain was fallen, the scenery couldn’t be clear to see the outside of the room. The raindrops stuck at the window and made a blurred view to see the outside there. This kind of phenomena looked so unique for me. 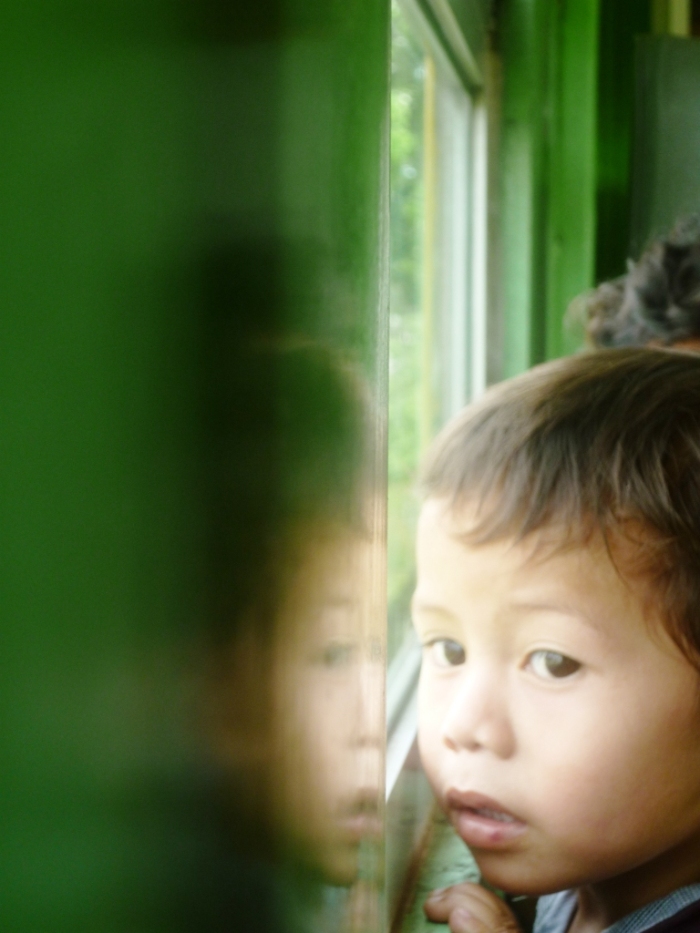 Second photo. This boy, who sat in front of me during my trip going to Singkarak Lake, West Sumatera, by train, was so curious about the scenery that he could see outside the window from the train. Not just having a gaze onto the scenery he could look at, he was also talking so much to his family about anything that made him interested from the outside there. Window in the train made him can see how beautiful the view of his own homeland. And for me, who is just a visitor who wanna having a trip, actually having also the same expression that the boy has. The view outside there was so amazingly beautiful.

Third photo. It is another photo about the raindrop that still left in the window. This photo was taken during my trip from Solok, West Sumatera. The rain had made the car that I ride being wet and some of the raindrops were stuck at the window. It was so a little bit difficult to capture this shoot because the car was moving so fast and the raindrops were spread away moving anywhere. But, by the time the car stopped for a while, the shoot could be done and the view outside the window felt so dramatic for me.

Those are three photos best of mine that related to Window theme for this week. The window is a seeing through tools that help us so can see the view outside from our place. For me, to capture a view outside from the window is such an interesting to have. The raindrops or the glass reflection that happened in the window sometimes made the outside scenery become more dramatic and mysterious so it is curiously wanted to be revealed more what kind of actually this is for real.

8 respons untuk ‘[Weekly Photo Challenge: Window] Outside There from The Window’